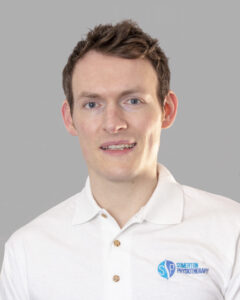 James Sherry MISCP is an experienced Chartered Physiotherapist with the majority of his practice focusing on the treatment of back and neck pain, sports injuries and adolescent physiotherapy.  He has worked extensively with GAA players and athletes at all levels over the past 12 years.

James played for the Fermanagh Senior Football GAA team for 11 years.  While studying Physiotherapy at UCD he captained the college team when they won the Dublin Senior Football Championship in 2006.  He also captained his former GAA club Roslea Shamrocks to four Fermanagh senior championship wins between 2010 and 2014.

James has a keen interest in all sports. He competed internationally for Northern Ireland and Irish schools in cross country running.  He continues to play senior football with Castleknock GAA club in Dublin.